Heather’s Dinner of the week

It’s been a while since we’ve posted a Dinner of the Week because we have been so busy during October, and we are so thankful for that. Heather made a dinner a week or so ago celebrating the flavors of Fall (even though it really doesn’t feel like Fall yet). During the cooking Heather always does a little drinking “to make the food taste better”, and rather than the usual red wine she opted for an apple cider, dark rum, and amaretto cocktail. She garnished the cocktail with  a cinnamon stick for that added Fall flair, so of course I drank some too. The star of the meal was a grilled boneless pork chop she topped with an apple, fennel, and satsuma slaw. To go with the pork she made kale that slow cooked with bacon, onion, red chili flakes, chicken broth, garlic, with a snap of Tony’s and Tabasco. She also made roasted sweet potatoes with caramelized onions, pecans, and brown sugar. It was so good, and we ate so much that she didn’t even make the poached pears with marscapone cream she planned for dessert. (Look out for that in another Dinner of the Week) 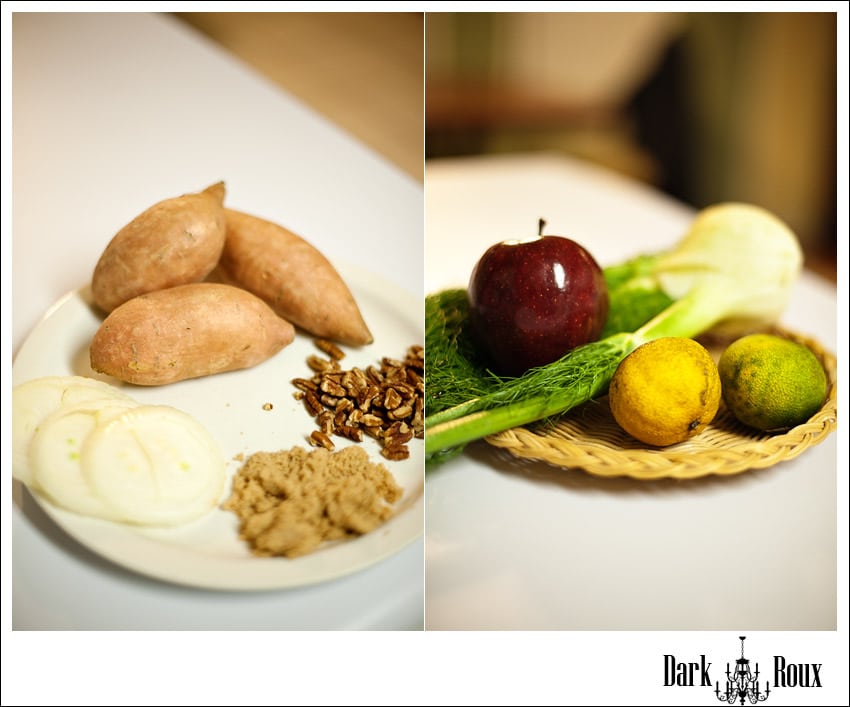 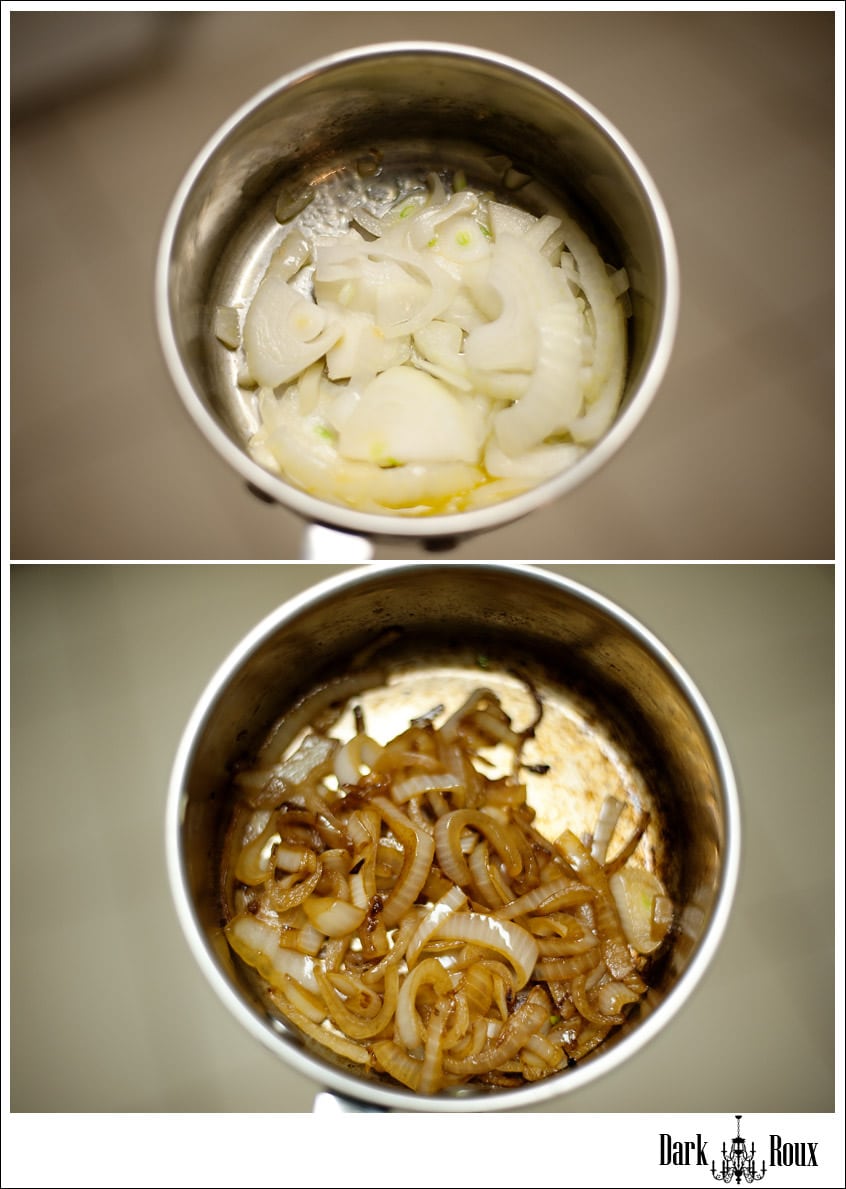 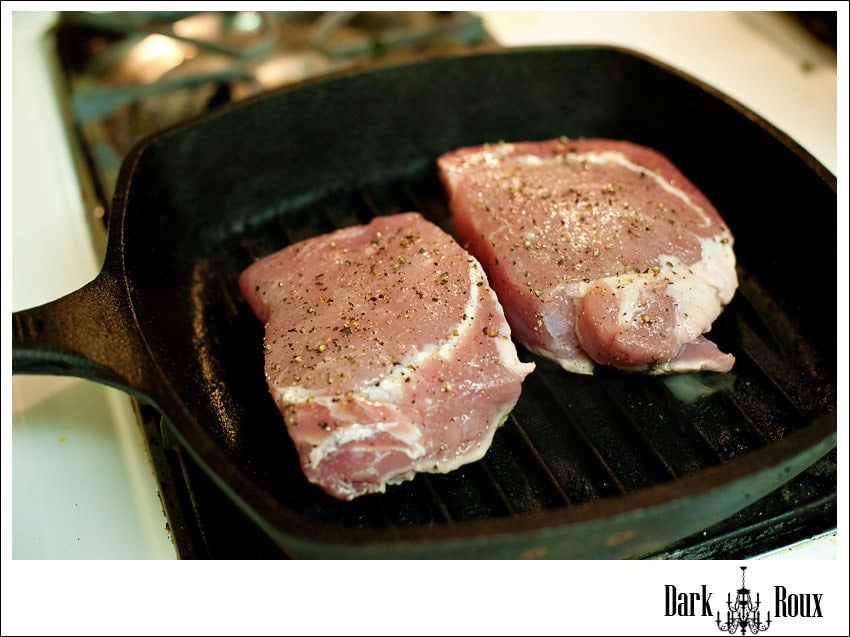 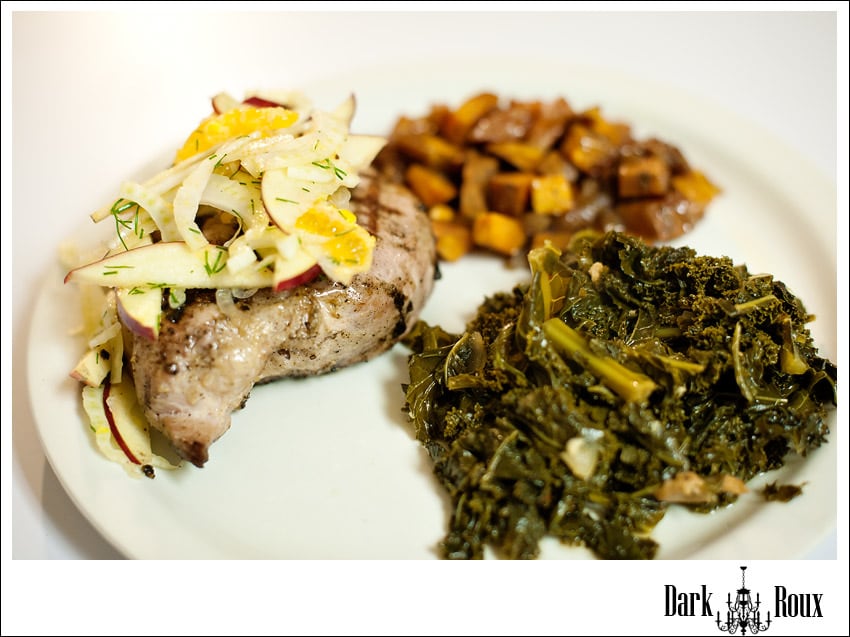